skip to main | skip to sidebar

American, Nicholas Snow, was diagnosed with HIV four years ago. He talks to BISSME S about his goal of becoming one of the world's biggest cheerleaders for HIV testing and safer sex, and giving people living with HIV hope.

What do you do?

I have been a foreign correspondent based in Bangkok for more than five years. I publish my own commercial travel and entertainment websites and freelance for other media; I act and appear in commercials; I sing and write songs; and I am an HIV/AIDS awareness advocate.

You have started a campaign to raise greater awareness of HIV.  What is the campaign about and what motivated you to start it?
On Jan 3, 2008, I tested HIV positive. It was a shock as I had become HIV positive decades into the AIDS epidemic, completely armed with the knowledge to protect myself. In a moment of passion in August 2007, I made a poor decision to have unsafe sex. Determined to prevent as many people as possible from making the same mistakes, I went public with my story and ultimately created the The Power To Be Strong HIV Testing/Safer Sex Awareness Campaign. The cornerstone of the campaign is a music video subtitled in more than 20 languages. I recently officially launched the campaign in Malaysia with Bahasa Malaysia and Mandarin subtitles. The video is available for viewing at www.Facebook.com/PowerToBeStrong. Indirectly, the campaign here will also spotlight the lifesaving work of the Kuala Lumpur-based Pink Triangle Foundation (www.ptfmalaysia.org). The object of the whole campaign is to inspire people to take an HIV test and to practise safer sex.

Tragically, most people who are HIV positive learn they are because they become ill and seek medical attention way past the point at which medical interventions could have helped prevent illness to begin with. The key is for people who have HIV to know it, stop spreading it, and seek early intervention; and for people who are HIV negative to confirm it and become further empowered to maintain or even increase their adherence to safer sex practices. Now, everybody can participate in the fight against HIV/AIDS by simply viewing and sharing the music video in the language of their choice.


Will a song make a difference to a person struggling with HIV?
Yes. How many people turn to music in their time of sorrow? How many listen to love songs when they have a broken heart? How many people are inspired by songs such as The Wind Beneath My Wings? Now a song exists to address the fears and concerns of someone who may have HIV. Before I came to Malaysia, I received a message from a Facebook user explaining that only two people In the world know he is HIV positive, and he went on to say: “I listen to your song every morning and it gives me the strength to face my day.”

I wrote and recorded the song in 2009. Bruno Brugnano, a leading music producer in Thailand, produced it with beautiful background vocals by Ayano Kimura, and renowned movie and music video director O Nathapon directed the video. The song reaches into the hearts and souls of people and gives them hope. The video is aimed at empowering people worldwide, and I would be honoured if recording artistes want to record the song in their own countries and in their own language for their own fans, so the message can reach as many people as possible. It is important for people to know they are not alone in this battle.


Many people dealing with HIV feel isolated, lonely, hopeless and sometimes suicidal. My goal is to be one of the world’s biggest cheerleaders, inspiring people to get tested, live longer and be strong.

How many people are involved in the campaign? How is it funded?
I have volunteered basically full time on the campaign for two years, donating my earnings from journalism, acting and web publishing to support the cause, and a small group of key supporters have donated money and time to keep the campaign
going. The campaign has reached millions of people worldwide and is dependent on ongoing donations.

What did you do on first learning you were HIV positive?
I had unsafe sex which resulted in a severe flu-like illness a few weeks later. I went to one of Bangkok’s major private hospitals and the doctors ruled out the flu. Then I found myself sitting face to face with an infectious disease specialist who explained that my symptoms could be the result of a recent acute HIV infection. I played dumb. I did not share that I had recently had unprotected sex. I left with a scheduled follow-up appointment, but never showed up for it. I was in denial.

How did you come to terms with your situation then?
Five months later on Jan 3, 2008, I was confirmed HIV positive at an anonymous testing site. One of my new year’s resolutions was to get tested. I still could not believe this had happened to me. I asked myself “why did I have unprotected sex?” The answers: I was depressed at the time and not focused on taking care of myself. I was with a sexual partner who said and believed he was HIV negative. I had a false sense of security about remaining HIV negative so far into the epidemic. None of these are good reasons, but they are human reasons.

After months of soul searching, I decided it was my moral responsibility to tell my story to hopefully prevent others from making the same mistake. I become a name and face of HIV in a part of the world (Asia) where there are very few HIV positive people who self-identify at the level of press, radio and television. While I am not Asian, I have become the most visible openly-HIV positive person in Asia in a way that empowers and inspires not only Asians, but countless people everywhere.

What are the greatest misconceptions about HIV?
There are at least three major misconceptions about people living with HIV. First, these people for some reason deserve to have it because of some sort of moral shortcoming. Second, HIV only impacts others and “it won’t happen to me”. Third, one must be promiscuous to get HIV. In fact, it takes only one unsafe sexual encounter (penetrative sex without a condom) to transmit HIV, and often, people are exposed to HIV by their trusted partner who is unaware they have the virus. Most Malaysians believe that only intravenous drug users are at risk of HIV when sharing needles, but studies show that 48% of new HIV cases in Malaysia are through unprotected sexual contact.

Your first advice to someone who finds he or she has HIV?
I would say “you have made the best decision in your life to get tested.  Knowing will save your life and allow you to protect your future partners”.  HIV is a death sentence only for people who don’t know they have it, and don’t seek treatment, and ultimately get AIDS as a result. Antiretroviral medication is proven to prevent the onset of AIDS for decades, allowing people living with HIV to stay healthy, provided they have access to medication and take it as directed. It is also proven that these medications dramatically reduce by as much as 98% an HIV positive person’s ability to transmit the virus to someone else, so treatment is prevention.

Tell us about discrimination a person with HIV faces.
There is a tremendous amount of stigma and misunderstanding when it comes to HIV. It causes people to be rejected by their friends, family and loved ones. In many places in the world you can be fired from your job. If you are a foreign worker in Singapore and in many other countries, you will be expelled if they learn you are HIV positive. Also, many countries do not allow foreigners known to have HIV to enter the country as tourists or for work.

What can governments do?
They can provide access to adequate healthcare and medication for people with HIV. They can work to eliminate forces that foster stigma and discrimination against HIV-infected and affected communities, ensuring everyone the fullest opportunity to live open, free and healthy lives.

There are religious figures who have claimed only sinners get HIV and AIDS.
I clearly don’t agree, but regardless of what people think right or wrong expressions of sexuality may be, I think we can all agree that sex happens. It is important to note that many MSM (men who have sex with men) also have wives and girlfriends; so many women are being infected unknowingly by their partners. HIV is transmitted by people’s behaviour, not their identities. My goal is to encourage anyone who is going to be sexually active to use condoms, and anyone who has had unprotected sex, to have an anonymous HIV screening at a safe place such as the Pink Triangle Foundation. If you look at the spectrum of people who are living with or are at risk of HIV, they come from all walks of life. The reality is we should show everyone living with HIV compassion, regardless of religious and moral perspectives.

What was your first reaction to realising you were homosexual?
I prefer the term “gay man”. My coming out as a gay man was very similar to others – overcoming unjust shame and guilt because of what I had been taught about gay people; slowly learning to love and accept myself just as I am; and ultimately making a decision to live openly, honestly and powerfully, while hopefully inspiring others to do the same;and expressing gratitude for role models who came before me.

How has being HIV positive changed your life for the better?
In choosing to go public, every day I get to use my life force, my creativity to serve other people. I have no secrets, no fear of people finding out about my status, and no shame. I get to live fully and powerfully every day.

What is the biggest challenge NGOs face in raising awareness of HIV?
I don’t work for an NGO but I know enough about them to answer the question. There is a dramatic shortage of funding at all levels in the battle against HIV/AIDS. The major funding sources, both globally and within countries, do not provide “core funding” to NGOs on the front lines. So while these passionate, dedicated individuals are devoting their lives to helping others, they are constantly struggling to get by.

Courtesy of The Sun
Posted by Fairuz at 8:15 PM
Share |

PT Foundation has a couple of job openings! Isn't that the best news ever?

Apply to join our PT Family now! It might be the best career move you've ever made.

For further information, you can log onto http://www.ptfmalaysia.org/ or http://www.ffpam.org.my/. 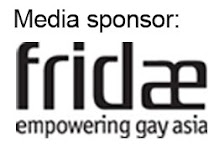